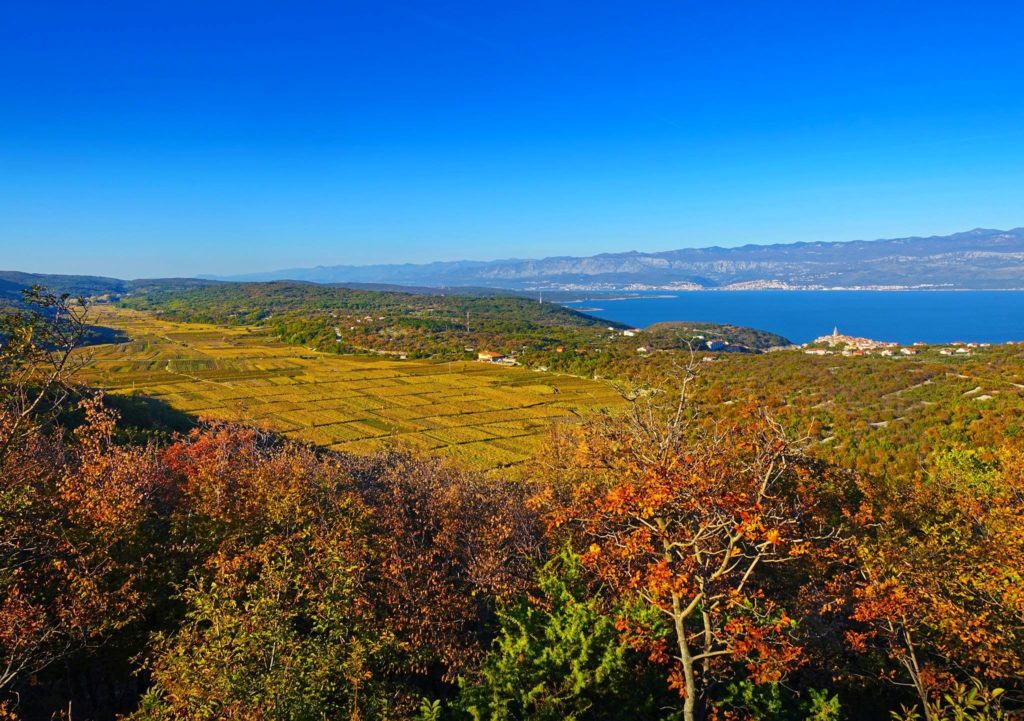 The island of Krk is included amongst the sunniest parts of Europe with 2500 hours of sun per year. The variety of relief and favourable climatic conditions have contributed to the development of almost 1400 different plant species. In the central and western part of the island forests and cultivated cultures of Mediterranean fruit and vegetables prevail, with vineyards and olive groves. The north and south part of the island is marked with rocky land and pasture. The specificity of Krk’s landscape is its terrace shaped walls (gromače) and shepherd’s mrgar which have been conserved on the limestone plateaus above the Baška valley.